"Why Are Rats Always the Bad Guys?" (link)

An interesting look at why mice become heroes and rats become villains, via Atlas Obscura: 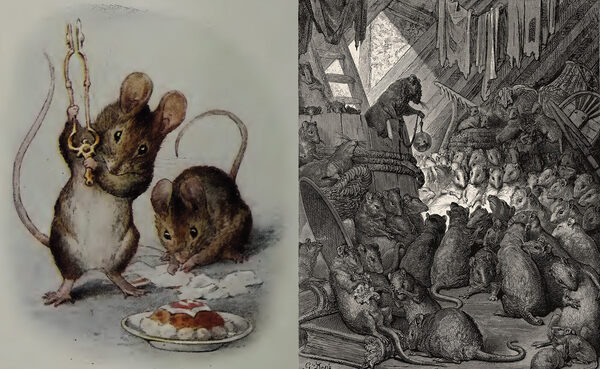 Why Are Rats Always the Bad Guys?

I am happy to be doing my small part to change the stereotype. 8)

I only have one rat character and he’s not evil. Just very shady and clever.

It is a very good article!

I currently don’t have any plans to have a rat or rodent character, villain or not. I’m going to designate less desirable, but not frequently stigmatized, animals peppered with certain individuals of my more frequently used animals as antagonists, in order to avoid cliched animal stereotypes & simply because that’s realistically how it would be in a real society. Even if most of one animal demographic is a certain way & a majority, there are still exceptions & minorities. This includes humans & their counterparts in the parallel dimension, some are good, some are bad. Some believe this, some believe that, some are somewhere in the center. There is one animal I use a little more frequently as antagonists, as a jab at them usually being romanticized too frequently. On the other hand, the most frequently utilized animal I use as protagonists, is used not only due to it being my favorite animal, but also because they are not represented as frequently, & are often antagonists.